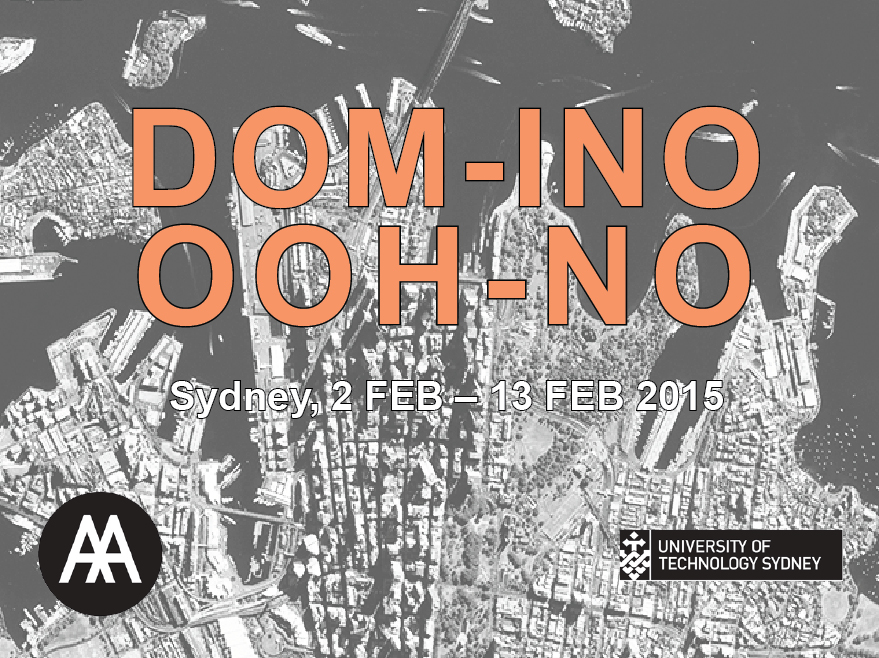 Since its inception in 1914, Le Corbusier’s Maison Dom-ino diagram has become the single most significant organizational influence on the city. Championed for it’s clear structural framework and affordance of universal space, the diagram has inadvertently underpinned the development of an urban fabric devoid of character and difference.

Fabienne: Whose [drawing] is this?

Fabienne: Whose [diagram] is this?

Conversely, the contemporary rise of digital design methods and fabrication technologies affords a potentially massive expansion of our discipline’s ability to generate, fabricate and construct complex forms. Despite such promise however, such technologies have resulted in little more than the superficial re-skinning of the Maison Dom-ino.

In 2015, the Sydney Visiting School returns to the studio, only this time with a foothold in the fabrication workshop. The studio’s primary agenda is to amplify the performance of the architectural envelope and challenge the norms of domesticity. Our research will commence with a re-examination of the Maison Dom-ino in order to elicit critical design strategies (spatial and material) and to project new housing models.

The workshop will be taught by past and current tutors from the AA School and will also include input from specialist participants.

Our continuing partner is University of Technology Sydney.